This is the fourth in a series of posts about the textual variants I’ve found in printings of The Silmarillion. In this post, I’ll try to put together a broad textual history up to and including the Second Edition Hardcovers, based on all the variants we’ve looked at.

In the previous posts we looked at nineteen printed versions of the Silmarillion. We grouped them in to five different paginations and identified what text they used based on which variant that had at each of twenty-three loci.

This resulted in ten distinct texts which we’ve been identifying with lowercase Greek letters. In this post we’ll look at the apparent relationship between six of them.

UK (George Allen & Unwin) and US (Houghton Mifflin) Hardcovers have the same text, following the pagination we’ve called A.

In the variant listings below, the first time a change is made to a particular locus, it’s marked like this rather than this. 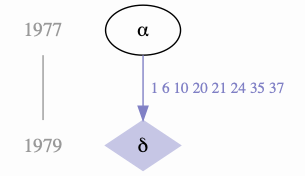 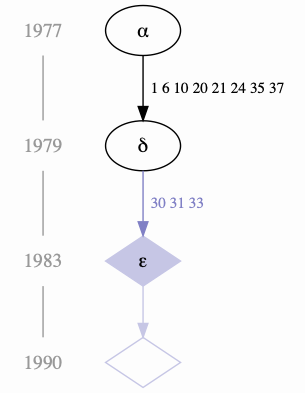 Two of the king-number errors fixed as well as another typo fixed.

The 1990 Unwin Paperback has the same text.

The 1983 and 1991 Houghton Mifflin Paperbacks used the same pagination as the original hardcover, what we’ve called pagination A.

The 1991 Houghton Mifflin Paperback has the same text.

The First Illustrated Edition from HarperCollins uses the original hardcover pagination A. 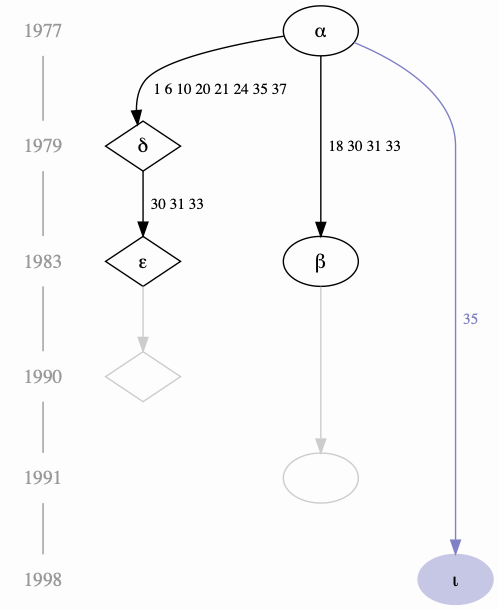 This edition had just a single change from the 1977 original so clearly must have been based on that text. No other corrections made for the paperbacks in the intervening twenty-one years were incorporated so the correction was independent.

The 1999 Second Edition Hardcover and versions with the same text use the original hardcover pagination A. 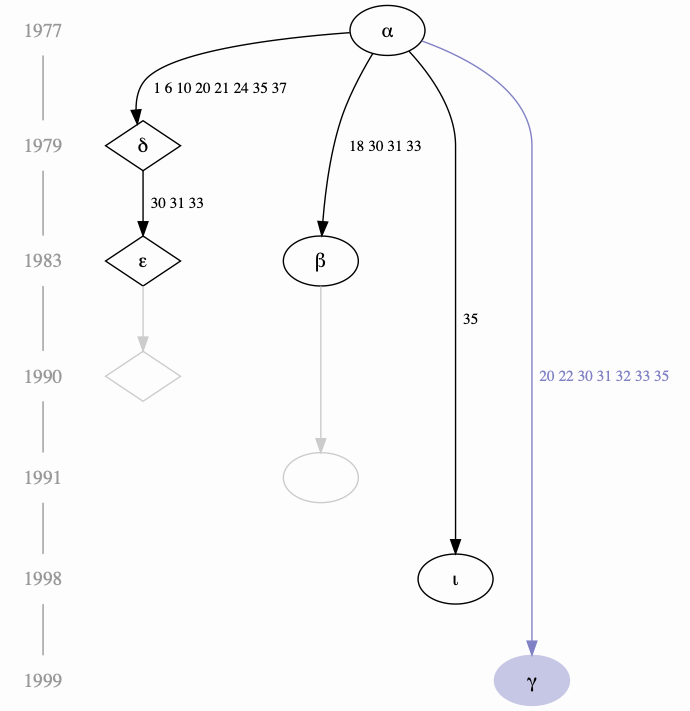 This text is almost certainly not based directly on the Unwin Paperbacks. It’s possible the Illustrated Edition was used as starting point as it has the same single fix but we cannot be certain.

The king-number errors were fixed, including one not fixed in the Unwin paperbacks. Three other corrections were applied that had been found before (possibly independently as not the same combination of fixes is found anywhere else). One new change was made (makers to masters).

What happened next is a little harder to follow and so in the next post I’ll summarise what information we have and some possible alternative explanations.